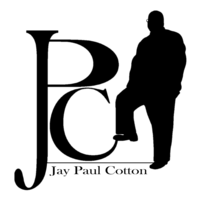 A native of Hyde County, Pastor Jay Paul Cotton gave his life to Christ at the age of twenty-two. He is the pastor of Corey’s Chapel Original Free Will Baptist Church located in Winterville, NC where he has been pastoring since January 2012 and where God is moving by His awesome power. He is married to Evangelist Angela Davenport Cotton and together they have three boys: Jay Paul, Jr., Cameron, and Gabriel. He is the son of Nancy Cotton and the late Roy E. Cotton, Sr. Pastor Cotton resided in Plymouth, NC for six years and moved to Greenville, NC in 1998.

Under the leadership of the late Administrative Assistant Maurice Davenport, Sr., Pastor Cotton served in many positions including: deacon, chief armor-bearer, and praise and worship leader at Greater Bazemore Temple Church of God In Christ located in Windsor, NC. He was called into ministry in 2006 and served as an associate minister for six years before becoming the pastor of Corey’s Chapel.

A pastor, a visionary, a singer, a barber, a husband, a father, a son, and an avid Cowboys fan are all just a few words that can be used to capitalize on the many titles that Pastor Cotton has. What is most important is that he is a man of God who loves the Lord! He is passionate about saving souls and kingdom building. His desire is to equip God’s people with the tools needed to build whole life prosperity and become highly effective christians in today’s society. 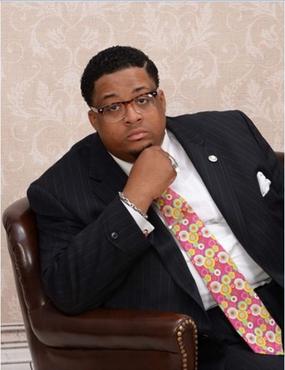 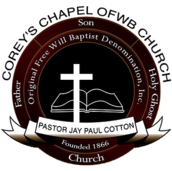 The Church Large Enough to Help You, but Small Enough to Need You!